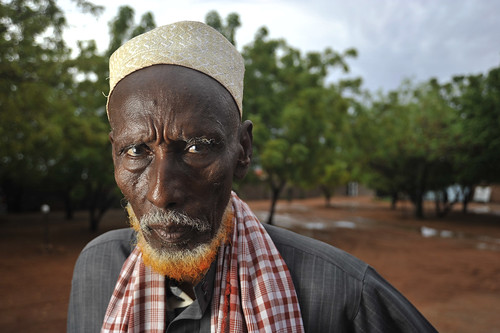 ‘As well as a cheque for $700, a knowing look passed between Hassan Bashir and Bashir Mohamed, his 80-year-old father. A payment at a ceremony for herders in Wajir, a town near Kenya’s border with Somalia, settled an argument dating back to 1997, when the son moved into the insurance business.

Mr Bashir, born into a cattle-herding Somali family in the rugged north-east of Kenya, was told that his career choice was not only odd but un-Islamic. Many imams say that sharia law does not sanction conventional insurance, deeming it to contain elements of gambling.

‘Despite being proud of his earning power, Mr Bashir found his father would not touch the money. He would not even accept the cash to go on the haj, the pilgrimage to Mecca. “He did not know anything about insurance,” said the son. “He just knew it was wrong.”

‘His family’s disapproval persuaded Mr Bashir to set up Takaful, Kenya’s first sharia-compliant insurance company. It offers mutual or “charity insurance”, whereby the insurer acts as an agent, charging a set fee rather than un-Islamic interest. But Mr Bashir would not stop at insuring his community’s cars, homes and businesses; he wanted to solve their biggest problem, the loss of livestock to drought. 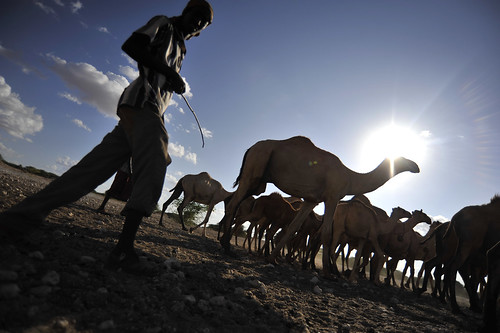 ‘That proved harder. Insuring animals who range with semi-nomadic herders across some of the harshest terrain on earth had defeated all previous efforts. Eventually he came across the work of a Kenyan economist, Andrew Mude of the International Livestock Research Institute (ILRI), based in Nairobi.

‘Mr Mude has developed an insurance model that uses satellite images to assess the impact of drought on the vegetation that camels, cows and goats need to survive. . . .

‘Persuading seasoned Somali herders who have been husbanding their animals the same way for centuries to pay insurance premiums has not been easy. Mr Bashir has bent the ear of local imams and sheikhs and brought in Islamic scholars. Meanwhile donors, including Britain and Australia, whose aid agencies fund ILRI, have stumped up more money to get the word out around Wajir. . . .’ 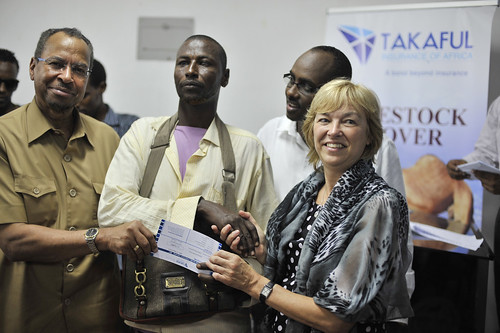 ILRI works in collaboration with a wide array of partners in this program that include the government of the Republic of Kenya, Cornell University and the Index Insurance Innovation Initiative (I4), among many others.

ILRI and partners want to see livestock insurance available throughout East Africa, where an estimated 70 million people live in drylands, many of them making their living by herding animals. In Kenya alone, the pastoral livestock sector is estimated to be worth at least USD5 billion. The eight-nation Intergovernmental Authority on Development (IGAD) estimates that over 90 percent of the meat consumed in East Africa comes from pastoral herds.

So far, about 4,000 pastoralists in northern Kenya, not all of them Muslim, have bought IBLI contracts since the project launched in 2010, an indication that there is both interest in and demand for livestock insurance.

Read the whole article in The Economist: A new kind of insurance may protect herders against drought, 19 Apr 2014 (print edition).

See other photos of this event.