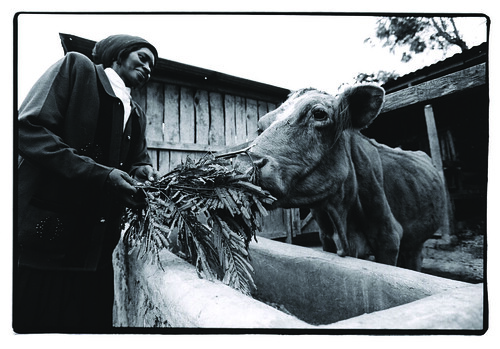 So what’s needed to avoid ‘super bugs’ arising? A new paper by scientists from Princeton University, the International Livestock Research Institute (ILRI), and other institutions, published last week in the Proceedings of the National Academy of Sciences and the first to asses global use of antimicrobials in the world’s food animals, has this to say.

‘Developing countries are pumping livestock full of antibiotics at such a startling rate that they are dramatically increasing the risk of creating drug-resistant “super bugs”, scientists warned on Monday.

Antibiotic use in animals is expected to surge by two thirds globally between 2010 and 2030, while doubling in emerging giants like China, Brazil, India and Russia, according to a Princeton University study.

‘It warned that the practice is pushing us closer to a time when common infections could become a death sentence because they will no longer respond to drugs.

‘Consumption of meat, milk and eggs is growing fast in many developing and middle-income countries.

They are relying on antibiotics to keep disease at bay in the short-term, said co-author Tim Robinson, a scientist with the International Livestock Research Institute (ILRI).

‘But the systematic use of low doses on livestock is creating “perfect conditions to grow resistant bacteria”, he told the Thomson Reuters Foundation.

‘Bacteria like E. coli and salmonella are already becoming resistant to antibiotics, Robinson said, increasing fears that these diseases will endanger humans.

‘Passed from animals to people through food contamination, direct contact or the broader environment, antibiotic resistant bacteria will make it harder for doctors to treat basic infections or other ailments, he said.

The study by experts from Princeton, ILRI and the National Institutes of Health is the first to measure global antibiotic consumption by livestock.

‘. . . Increasing food production for the estimated 805 million people who go to bed hungry every night will require a new approach that is less reliant on intensive, antiobiotic-fueled breeding, Robinson said.

“Poor livestock producers aren’t responsible for this problem, it’s the big firms rushing to meet demand in the growing cities,” he added.

‘But the poor will be worst affected if resistant bacteria transfer to humans more often, he said, because they will be the least able to afford the bigger and more frequent doses of drugs required to fight infections.’

Extracts from the PNAS paper

Significance
‘Antimicrobials are used in livestock production to maintain health and productivity. These practices contribute to the spread of drug-resistant pathogens in both livestock and humans, posing a significant public health threat. We present the first global map (228 countries) of antibiotic consumption in livestock and conservatively estimate the total consumption in 2010 at 63,151 tons. We project that antimicrobial consumption will rise by 67% by 2030, and nearly double in Brazil, Russia, India, China, and South Africa. This rise is likely to be driven by the growth in consumer demand for livestock products in middle-income countries and a shift to large-scale farms where antimicrobials are used routinely. Our findings call for initiatives to preserve antibiotic effectiveness while simultaneously ensuring food security in low- and lower-middle-income countries.

Discussion
Given the potential costs of inaction, this study, among others, calls for urgent and concerted action in all countries, which is needed to limit the overuse and abuse of antimicrobials in food animal production. These actions should include (i) implementation of a publicly funded international surveillance network of antimicrobial consumption in food animals in countries undergoing rapid intensification in the livestock sector, (ii) collaboration with veterinary drug manufacturers and animal feed producers to cross-validate estimates of consumption with sales data, (iii) implementation of an international agenda to harmonize regulatory frameworks among countries, and (iv) the ultimate phasing out of antimicrobial use for growth promotion, based on the successful experience in the European Union and the new biological and economic evidence challenging the purported benefits of antimicrobial use in food animal production.

One thought on “Livestock in poor countries need drugs to stay alive and productive, but how to avoid the rise of ‘super bugs’?”