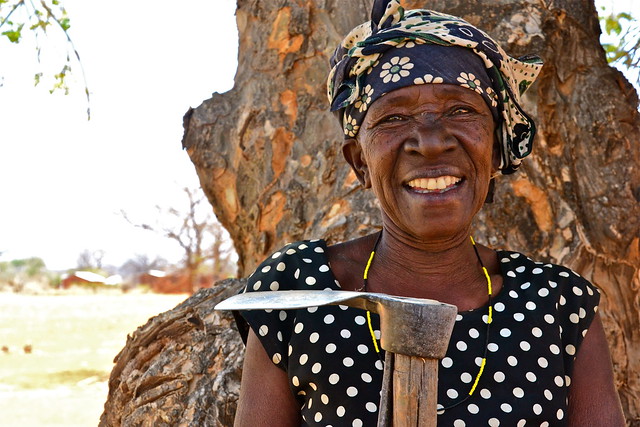 Globally, smallholder producers face an array of challenges throughout the production lifecycle which are linked to capital, land, market access, labour, knowledge and information. These constraints lower the production capacity of these producers thus affecting their profit margins.

Two agricultural economists at the International Livestock Research Institute (ILRI), Jo Cadilhon and Derek Baker, together with Washington Ochola, an agricultural economist consultant based in Uganda, have designed a new method of identifying and analysing smallholder farmers’ constraints in serving local markets. Initial results from their study have just been published in the journal Development in practice. The study assessed constraints to smallholder producers’ capacity to serve fast retail markets and tested the new method among Ugandan and Tanzanian livestock farmers.

This research is part of the CGIAR Research Program on Policies, Institutions, and Markets (PIM), which is led by the International Food Policy Research Institute (IFPRI). The study was funded by the Bill & Melinda Gates Foundation through the World Bank-FAO-ILRI Livestock Data Innovation in Africa project and by PIM.

The method used in this study is more advantageous than other methods because it is less costly in generating appropriately sized data sets across sites. It combines different data access methods such as focus group discussion and surveys. It also provides autonomy to farmers to choose, declare and rank constraints, hence avoiding limits to data collected.

A total of eight workshops of dairy and pig producers were convened in Mlale, Mkalamo, and Bungu districts of Tanzania and in Wakiso and Mukono districts of Uganda. Focus group discussions and surveys were used to gather data on constraints faced by farmers. The data was then analysed using common statistical tools to measure associations between the different constraints and household characteristics.

Ugandan livestock producers identified lack of capital, lack of good quality animals and high costs of inputs and services as constraints to their production. Cross-tabulation of the declared constraints with household characteristics reveals that there is a major difference in the constraints faced by farmers in Wakiso and Mukono district.

However, household land owned was strongly associated with declared constraints by both Ugandan and Tanzanian farmers. Those with large land cited lack of feeds, lack of training and skills as constraints that really affect them while those with less land named poor quality of feed, lack of capital and land shortage.