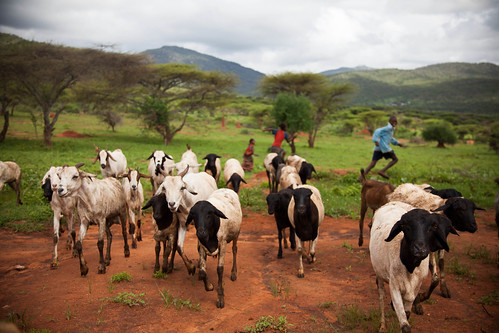 ‘Oromia Insurance Company (OIC), the lone index based insurer of livestock in the country, has launched a new scheme that will entail paying compensation for livestock ahead of the drought season instead of after, as it was originally done.

‘The company uses what is called index-based-livestock-insurance (IBLI). This insurance coverage is applicable only in the Borena Zone of the Oromia Region, and targets the two drought seasons of the area called Hageya and Hudulissa.

‘Owners of livestock insured under the IBLI will be getting money for the sustenance of their animals, an asset protection, through the two major dry seasons in the region. The new scheme, introduced this month in response to demands from policy holders, calculates the cost resources needed to keep the animals alive during the anticipated drought.

‘Though premiums are lower than those of the previous scheme, the asset replacement, OIC has also found it more profitable, according to Daniel Negassa, head of OIC’s Micro-insurance Department.

‘The premium for camels is 5,000 Br; 3,000 Br for cows and oxen, and 500 Br for sheep and goats. These values are calculated based on the market price of forage, and administration and labour costs involved in the animals having access to the forage. The respective figures under the old system were 10,000 Br, 5,000 Br and 800 Br, based on the average market value of the livestock.

ILRI’s IBLI was able to identify which risk management practices are effective and efficient for pastoralists in mitigating risk of drought arising from shocks as to build resilience of pastoralists. Therefore, ILRI/IBLI identified first the options of these contract features,” Masresha Taye IBLI Ethiopia programme coordinator, research officer at ILRI told Fortune. . . .

Activities are underway to work with the government of Ethiopia and big multilateral donors are showing interest to scale up the product in other pastoral regions of Ethiopia, mainly Afar and Somali regions,” Masresha, who is in Kenya, told Fortune through an email interview.

‘Regionally, IBLI was first introduced in January 2010 in Marsabit, northern Kenya and it then expanded to Isiolo, Wajir, Garissa, and Mandera in Kenya and Borena in Ethiopia in 2013.

‘In all of these areas, 10,067 policies have been sold and 149,007 dollars have been paid as indemnities until April 2015, according to research by the International Livestock Research Institute titled The Favourable Impacts of Index-Based Livestock Insurance: Evaluation Results from Ethiopia and Kenya.’