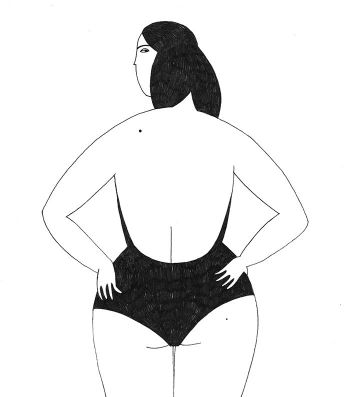 This was the ‘Year of Meat’, when animal flesh became the poster child for health and environmental ‘bads’. As the role of over-consuming meat in greenhouse gas emissions, obesity and cancer took centre stage, even iron man Arnold Schwarzenegger, speaking at the United Nations COP21 climate change conference in Paris this Dec, climbed the bandwagon to advocate eating less meat.

Below are summaries of two of the more balanced articles (evidence-based and not unreasonably optimistic about human enterprise and ingenuity) that appeared this year about our love-hate relationship with meat.

First up was Washington Post columnist Tamar Haspel commenting on responses to a modest suggestion for Americans: Eat less meat, a government panel says. Is science on their side? (Unearthed blog, 20 Apr 2015).

A modest suggestion that American diets should be lower in meat has galvanized the debate about carnivorousness.

‘In February, the federal Dietary Guidelines Advisory Committee issued its recommendations on improving the government’s official nutritional advice. Although the report is 571 pages, the executive summary distills it to one pithy sentence: A “healthy dietary pattern is higher in vegetables, fruits, whole grains, low- or non-fat dairy, seafood, legumes, and nuts; moderate in alcohol (among adults); lower in red and processed meat, and low in sugar-sweetened foods and drinks and refined grains.” A footnote about meat says, “Lean meats can be part of a healthy dietary pattern. . . .

When it comes to the question of meat-eating and health, there’s something for everyone.

You don’t have to spend much time on PubMed, the repository of journal articles, to figure out that, when it comes to the question of meat-eating and health, there’s something for everyone. If you’re looking for evidence that meat eaters die earlier, you can find that. If you’re looking for evidence that they don’t, you can find that, too. Just to make it harder, the debate on meat incorporates two other nutrition debates: those surrounding sodium (high in processed meats) and saturated fat (high in fatty meats). . . .

Two of the main arguments—one for, one against—are flawed because we shouldn’t be talking about individual nutrients, whether they’re theorized to be healthful (like the minerals in meat) or dangerous (like the saturated fat). We should be talking about food.

‘Which goes back to the idea that it’s your diet in total that matters, and parsing it food by food isn’t terribly helpful. . . .

The answer to the question “how much meat should I eat?” is maddeningly elusive. . . .

‘We need to reconcile ourselves to the idea that we simply can’t expect dietary recommendations that are both science-based and very specific. . . .

Two things we do know, from decades of research all pointing in the same direction, is that if you really want to improve your diet, keep your calories in balance and eat lots of fruits and vegetables.

Beyond that, cut your sugar intake. Substitute whole grains for refined. Get some exercise. . . .

The reason the dietary guideline committee’s “less meat” recommendation makes sense is not that meat’s so very bad for you. It probably isn’t. But you need to make room in your diet for the things that are actively good for you, and something’s gotta give.

Next came Bill Gates musing on High-stakes steaks: Is there enough meat for everyone? (Gates Notes blog, 21 Apr 2015). Gates refers to a filmed excerpt of a new book, Should We Eat Meat? Evolution and Consequences of Modern Carnivory, written by Vaclav Smil, a Czech-Canadian interdisciplinary scientist publishing in the fields of energy,  environmental and population change, food production and nutrition, technical innovation, risk assessment and public policy.

‘. . . Meat is a great source of high-quality proteins that help children fully develop mentally and physically. In fact part of our foundation’s health strategy involves getting more meat, dairy, and eggs into the diets of children in Africa.

‘But there’s also a problem. Raising animals can take a big toll on the environment. You have to feed the animal far more calories than you extract when you eat it. It’s especially problematic as we convert large swaths of land from crops that feed people to crops that feed cows and pigs. Plus clearing forests to make more farmland contributes to climate change, as do the greenhouse gases produced by all those animals.

‘I can’t think of anyone better equipped to present a clear-eyed analysis of this subject than Vaclav Smil [author of]  Should We Eat Meat?  He starts by trying to define meat (it’s surprisingly slippery—do you count kangaroos? crickets?), then explores its role in human evolution, various countries’ annual consumption (the United States leads the way with roughly 117 kilograms of carcass weight per person), and the health and environmental risks. He also touches on ethical questions about raising animals for slaughter and covers some simple ways to eliminate the needless cruelty involved. . ..

‘Another thing Smil loves to do is question the conventional wisdom. For example, you may have read that raising meat for food requires a lot of water. This has been in the news lately because of the drought in California. Estimates vary, but the consensus is that between watering the animals, cleaning up after them, and growing crops to feed them (far and away the biggest use), it takes several thousand liters of water to produce one kilogram of boneless beef.

‘But Smil shows you how the picture is more complicated.

It turns out that not all water is created equal. Nearly 90 percent of the water needed for livestock production is what’s called green water, used to grow grass and such. In most places, all but a tiny fraction of green water comes from rain, and because most green water eventually evaporates back into the atmosphere, it’s not really consumed.

‘As Smil writes, “the same water molecules that were a part of producing Midwestern corn to feed pigs in Iowa may help to grow, just a few hours later, soybeans in Illinois… or, a week later, grass grazed by beef cattle in Wales.”

One study that excluded green water found that it takes just 44 liters—not thousands—to produce a kilo of beef. . . .

[T]he world’s appetite for meat may eventually level off. Consumption has plateaued and even declined a bit in many rich countries, including France, Germany, and the United States. I also believe that innovation will improve our ability to produce meat. Cheaper energy and better crop varieties will drive up agricultural productivity,especially in Africa, so we won’t have to choose as often between feeding animals and feeding people.

‘I’m also hopeful about the future of meat substitutes. I have invested in some companies working on this and am impressed with the results so far. . . .

With a little moderation and more innovation, I do believe the world can meet its need for meat.

Not enough? Here are some more samples of ‘the meat question’ that appeared in the media this year.

A couple of ‘missings’ for the Paris climate talks
ILRI News blog, 30 Nov 2015

Can meat actually be eco-friendly?
By Nathanael Johnson, Grist, 15 Jul 2015

Is grass-fed beef really better for you, the animal and the planet?
By Tamar Haspel, Washington Post, 23 Feb 2016