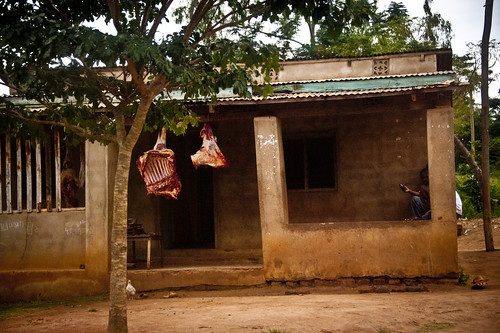 The Arusha-based, Nelson Mandela University and the US Centre[s] for Disease Control have now entered into a project aimed at curbing the transmission of diseases from wild animals to human beings.

The Nelson Mandela University ‘will be granted 5 billion/- to undertake a comprehensive study under which wild animal meat can transmit diseases to human beings.

‘The grant is from the Cooperative Biological Engagement Programme of the US Defence Threat Reduction Agency (DTRA) and will define the role of wild animal meat as vehicles from transmitting important zoonotic pathogens to humans.

‘The project will focus on surveillance of especially dangerous pathogens, including anthrax, ‘Brucella’, “Coxiella’ and the Ebola, Marburg and Monkey-pox viruses whose viruses in bush meat in Tanzania, local experts say remain unknown.

‘. . . Local partners in the project include the Tanzania National Parks (TANAPA), Tanzania Wildlife Research Institute (TAWIRI) and the ministries of Livestock Development and Fisheries and Health and Social Services through their respective departments dealing with veterinary services and public health respectively.

Other partners include the Bill & Melinda Gates [Foundation] which has provided the funds, the Frankfurt Zoological Society, the Penn State University in the US and the Nairobi-based International Livestock Research Institute (ILRI), among others.

‘Veterinary investigators in the project from all these institutions will map the distribution of pathogens in bush meat from different geographical and ecological regions of Tanzania using powerful molecular diagnostics assays and genomics-based tools, said the officials at the project launch event. . . .’