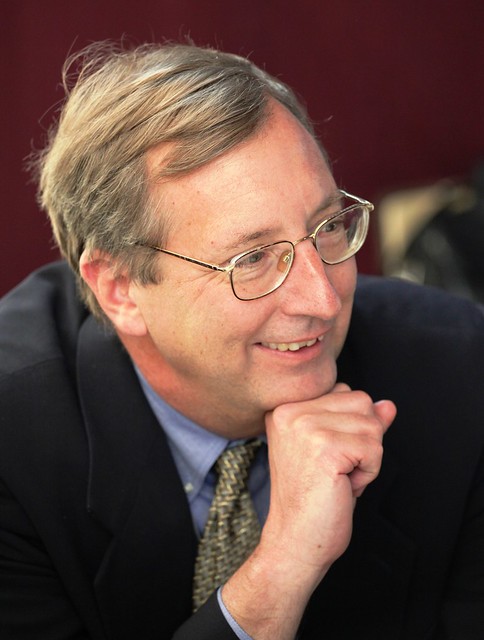 Staff of the International Livestock Research Institute (ILRI) were saddened to learn of the death of Tom Thurow earlier this month. Thurow gave ILRI scientists and directors wise and generous counsel when he served as a science advisor for ILRI’s People, Livestock and Environment program from 2009 to 2011.

‘Tom . . . studied Wildlife Biology at the University of Idaho, and then received a Master’s degree in Zoology from Brigham Young University and his PhD in Rangeland Ecology and Management from Texas A&M University. . . . For three decades Tom was a university professor and administrator, first at Texas A&M and then at the University of Wyoming. In 2012, he moved to a 17-acre farm in Monticello to become, as he proudly said, a “gentleman farmer.”

‘Tom was a world-renowned naturalist, conservationist, ecologist and humanist. His expertise in forestry and watershed management was in high demand all over the world. He worked in 49 countries, from the outback in Australia and the savannahs of Africa to the plantations of India and the hillsides of Honduras—and many other points in between, including China, Pakistan, and Iceland. He spent little time in capital cities, venturing instead to remote outposts.

‘Tom loved teaching and mentoring, and his students loved him. In 2012, he received the Outstanding Undergraduate Teaching Award from the Society for Range Management, a national award. . . . His excellence in research was recognized in 1999 when he was awarded Texas A&M University International Excellence Award. Through his work, Tom bettered the lives of millions of people around the world.’

And from the Society for Rangeland Management, of which Thurow was a long-time member, there is this note below.

‘Tom Thurow’s contribution to both the profession and SRM was his ability and his passion to integrate new ideas, new techniques, and most importantly, new people into solutions for the most pressing problems. As a scientist, he advanced both forested and rangeland watershed science by integrating entire watersheds into analyses and solutions to improve the lives of people on every continent. As a teacher and administrator, he integrated disciplines to improve the quality of education for his students and for the university and the people it represented. He truly believed that science was intended to serve people and he practiced it very well.

‘Tom had a long history of supporting the SRM, from chairing the SRM [Society for Range Management] accreditation Task Group focused on the evaluation and revision of SRM accreditation for 21st Century relevancy, to Advisory Board Member for the Wyoming Section Council. Tom consistently focused on students—helping them to be contenders and winners across the whole spectrum of SRM exams.

‘. . . As Department Head of [the University of Wyoming], the range management program grew to be recognized as one of the leaders in graduate and undergraduate education and the largest range management program across the nation and the world. In recognition for his rapport with students, Tom was selected as the Range Science Education Council’s Undergraduate Teaching Award winner.’

He felt that ‘It was a great, heartfelt honor to have received the award, humbling to be chosen by the students and faculty writing letters on my behalf.’  He was a caring guy, always focused on the improvement and achievement of others.