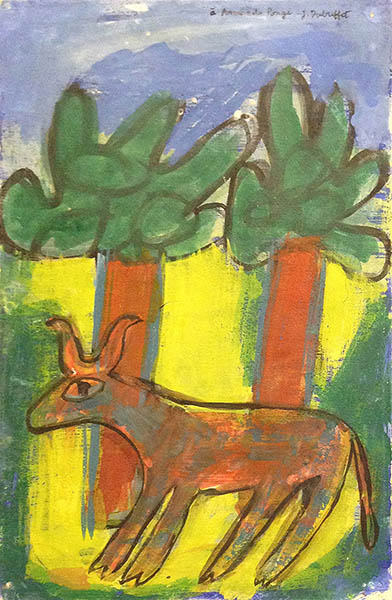 This week, Shirley Tarawali, assistant director general of the International Livestock Research Institute (ILRI), will participate in a panel discussion and launch organized by the Livestock Global Alliance, of which ILRI is one of five members. The other four members are other public institutions with a focus on livestock: the Food and Agriculture Organization of the United Nations (FAO), the International Fund for Agricultural Development (IFAD), the World Organisation for Animal Health (OIE) and the World Bank.

The Livestock Global Alliance event will take place on Thu, 26 May 2016, during the 84th General Session of the World Assembly of OIE Delegates, being held this week (22–27 May 2016) in Paris.

What will be raised at the Livestock Global Alliance event? Well, some good (if counterintuitive) news for many people, especially in the industrialized North—news of a much, much larger role for sustainable livestock systems in bettering the world, for the benefit of most of the United Nations Sustainable Development Goals, and all of the world’s peoples. A good news livestock and food-nutrition-health-prosperity-environment mashup, if you will.

Watch this space for further news of this event. Those interested to hear more can follow the Twitter hashtag #Livestock4Dev and handle @GaLivestock. Other tweets will be coming from @ILRI @IFADnews @FAOnews @OIEAnimalHealth and @WorldBank.

Below is some of the latest scientific evidence about the large opportunities for livestock systems to help mitigate climate change, as reported in Nature Climate Change this past Mar. This is but the latest example of an emerging consensus on the power of livestock as instruments for sustainable development.

‘Scientists have found that the global livestock sector can maintain the economic and social benefits it delivers while significantly reducing emissions, and in doing so help meet the global mitigation challenge.

‘The global livestock sector supports about 1.3 billion producers and retailers around the world, and is a significant global economic contributor.

Analysis published in Nature Climate Change estimates that livestock could account for up to half of the mitigation potential of the global agricultural, forestry and land-use sectors, which are the second largest source of emissions globally, after the energy sector.

‘The lead author of this study, CSIRO’s Dr Mario Herrero, said this new account of the mitigation potential for the global livestock sector is the most comprehensive analysis to date as it considers both the supply and demand sides of the industry.

A key finding is that we can get the best mitigation potential from the livestock sector if we take an integrated view of land use and practice change that considers the whole of agriculture and forestry as well as looking at dietary patterns and how we address the needs of global nutrition.

‘”Livestock has a role in a healthy and sustainable diet, and the sector has an important economic and social role, particularly in developing countries,” Dr Herrero said.

‘”We need to balance these health outcomes and the economic and social benefits, while also capturing the mitigation potential the livestock sector can offer.”

Dr Herrero said sustainably intensifying livestock production is one way this can be done.

“We’ve found that there are a number of ways that the livestock sector can contribute to global greenhouse gas mitigation,” he said.

‘”We need to increase the adoption of these different strategies by making sure that we have the right incentives. If appropriately managed with the right regulatory framework, these practices can also achieve improved environmental health over and above the greenhouse gas benefits delivered, for example through improved ground cover and soil carbon.”‘