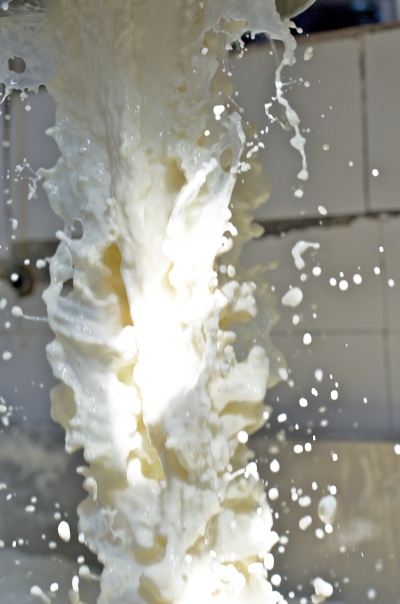 ‘[O]nly seven out of 19 developing Asian countries are now on track to reach the UN FAO’s bold goal of “zero hunger”.

‘However, changing tastes for food means Asians are drinking more milk, traditionally absent from many Asian kitchens but which now flies off the shelves from Bangkok to Beijing.

[Milk] production has almost tripled, from about 110 million tons in 1990 to nearly 300 million tons in 2013—accounting for more than 80 percent of the world’s increase in milk supplies during that time.

Nutritious and cheap, the dairy boom has encouraged governments to bring cartons to classrooms. Studies have found Thailand’s National Milk Program, which brings milk to schools, causes students to grow taller and take in more protein and calcium. Similar programs were rolled out from India to China to the Philippines.

‘The main beneficiaries have been small farmers, who produce nearly 80 percent of the milk in Asia, because of low costs and a more equal distribution of cows and goats—in contrast to farmland, which can be dominated by big landowners. In Thailand, the top 1 percent owns nearly a quarter of Thai land, and the top 10 percent nearly two thirds.

The result is that the dairy industry is a potential ‘engine of poverty-alleviating growth’, as the report puts it—so long as things remain egalitarian.

‘”Policy-makers need to ensure that the region’s small-holder dairy farmers—the largest segment of dairy producers—can have fair access to, and compete in, the marketplace,” Kadiresan said.

One thought on “Sucking it up: Milk—cheap, energy dense, retro-cool—is becoming Asia’s weapon of choice in its war on hunger”