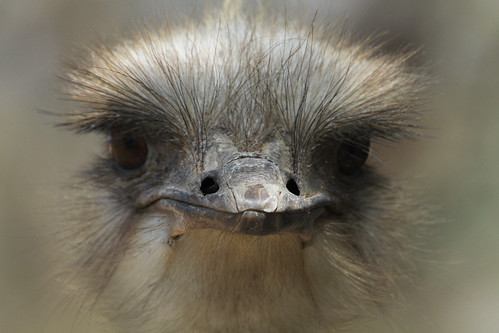 Kenya lost nearly a third of its wildlife population in the last 40 years according to a new study.

And more than a dozen wildlife species could become extinct in a couple of years unless urgent remedial measures were taken.

It was that too much focus on the big five, especially elephants and rhinos has masked the devastation to other species.

‘“Our results show that wildlife numbers declined on average by 68 per cent between 1977 and 2016,” says the report by the Directorate of Resource Surveys and Remote Sensing (DRSRS), the International Livestock Research Institute and Germany’s University of Hohenheim.

‘The last 40 years have witnessed a lot of activity to stem poaching, which is blamed for the loss of elephants and rhinos. . . .

‘But this is not the entire truth.

A group of scientists led by Dr Joseph Ogutu say Kenya risks losing 18 animal and bird species due to negligence.

‘Their report, titled Extreme Wildlife Declines and Concurrent Increase in Livestock Numbers in Kenya: What Are the Causes?, challenges the efficacy of the Kenya Wildlife Service (KWS). “The declines raise very grave concerns about the future of wildlife, the effectiveness of wildlife conservation policies, strategies and practices in Kenya,” it reads. . . .

‘Some reasons for wildlife loss include human interference and increased livestock numbers.

‘“Causes of the wildlife declines include exponential human population growth, increasing livestock numbers, declining rainfall and a striking rise in temperatures but the fundamental cause seems to be policy, institutional and market failures,” the report says.

‘The scientists recommend policy, institutional and management interventions to curb the declines, restore rangeland health and the strengthening of community and private wildlife conservancies in the rangelands. . . .’

Read the whole article in The Standard (Kenya): Neglect, poor strategies and too much focus on big five killing Kenya’s wildlife, 12 Feb 2017.