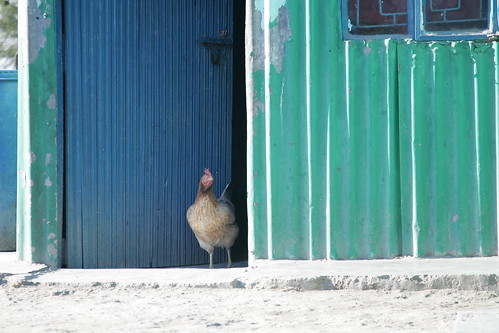 ‘. . . Now it is not unusual to find a sociologist, anthropologist or a counselling psychologist being a key player in a team that is concerned with disease control. These meetings are evidence of a global movement that views diseases in the nexus of mankind, animals and the environment, an approach called “One Health”. . . .

‘Prof Eric Fèvre, a researcher of veterinary infectious diseases at the Institute of Infection and Global Health at the University of Liverpool and the International Livestock Research Institute (ILRI) in Nairobi told the Business Daily the close interaction between people and animals worsened the situation.

Urbanisation is presenting opportunities for organisms, such as the viruses that cause avian flu, to find new hosts to survive.—Prof Fèvre

‘. . . Prof Fèvre has worked across Africa, and Europe and applauded Kenya for embracing the multidisciplinary approach in tackling emerging diseases. He is in charge of Urban Zoo, a project that brings together anthropologists and sociologists to “tell scientists about issues like how Kenyans prepare their food, what goes into the decision on what to eat… we are all trying to see the city through the eyes of a pathogen.”

‘Kenya formed the Zoonotic Disease Unit (ZDU) in 2005 after observing the global pandemic that zoonotic diseases cause.

‘The country experienced several cases of zoonotic attacks, the worst being the Rift Valley Fever that killed 118 people as of early 2007 as per CDC records. Other East African nations are following suit. . . .

‘With this preparedness comes better diagnostic capability. Kenya has labs that are known to carry out research and conduct tests that would isolate such diseases in the region quickly: Central Veterinary Labs (CVL), CDC Labs, ILRI and the ones at Kemri. . . .

Countries that have managed to respond to disease outbreaks quickly, had prior preparations.

‘. . . Dr Michel Dione, an [ILRI] animal health and epidemiology expert in Uganda, wrote to the Business Daily about his observation in Uganda thus:

‘“However, this increased One Health awareness is not yet matched by the level of One Health investments, both human and financial, that will be needed to put One Health into wide practice in Uganda. New institutional frameworks are needed, for example, as well as better coordination and communication among veterinary and medical doctors and researchers and experts in environmental and other related disciplines.’’’