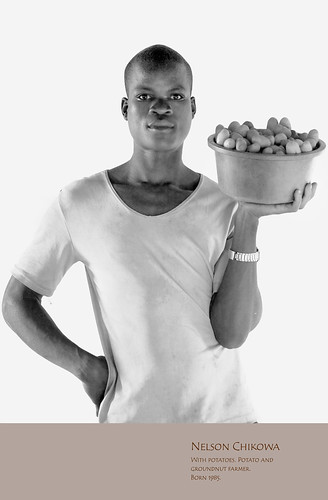 ‘. . . The United Nations projects that the global population will increase from 7.3 billion in 2015 to 9.7 billion in 2050. This growth will be concentrated in the world’s poorest countries, where standards of living are set to rise rapidly, increasing demand for resource-intensive meat and dairy products. Together, these trends are heightening fears that the world’s cupboards may run bare in the coming decades.

‘This scenario leads to the nearly ubiquitous assertion that we must double world food production by 2050, which is widely repeated by agribusinesses and scholars alike. This claim is often coupled with calls to reduce impacts on the environment even as food production ramps up. The common prescription is for a ‘sustainable intensification’ of agriculture that both increases yields and reduces the harmful side effects of tilling and fertilizing billions of acres of land.

‘But do we really need to double food production? And what will it take for agriculture to be sustainable?

‘In an analysis published in BioScience, my coauthors and I offer a recalibrated vision of sustainable intensification. We conclude that food production does not need to double by 2050, which would require unprecedented growth, but instead needs to continue increasing at roughly historical rates. . . .

Based on our projections, the world will need only 25 percent to 70 percent more crop output in 2050 than was produced in 2014. This includes grain used to feed livestock and, to some extent, grain used for ethanol production.

‘. . . Food production will still need to keep growing to meet our updated goal of a 25 percent to 70 percent increase, but at an annual rate that is closer to the historical average. . . .

‘This additional breathing room may be critical, because our analysis also shows that agriculture’s environmental footprint must shrink drastically to safeguard the ecosystems that humans rely on. . . .

‘Given these challenges, it is good news that the world’s appetite in 2050 may not be as voracious as some estimates have indicated.

Our revised food production and environmental goals are just the beginning of a new approach to sustainable intensification in agriculture.

‘. . . Meeting both production and environmental goals will be a monumental task, especially in the face of new challenges such as water shortages, pesticide resistance and the changing climate. However, clear targets may help farmers, researchers and policymakers focus on the right long-term challenges. . . .

More broadly, these lower targets create space for a new conversation, one focused not on doubling production, but on developing a new food system that keeps people fed while focusing just as much on keeping ecosystems healthy.

Read the whole article by Mitch Hunter: We don’t need to double world food production by 2050—Here’s why, on The Conversation, 8 Mar 2017.