An interesting discussion took place at a news conference that followed the policy session on Thursday morning (11 May 2017), the fourth of this five-day Multi-Stakeholder Partnership Meeting of the Global Agenda for Sustainable Livestock.

A member of the audience asked the following question of the distinguished panel members, who included ministerial rank leaders of livestock development agenda in several African countries.

In today’s industrialized countries, where many people are fighting obesity and the illnesses that attend it, and where most farm animals are no longer raised on farms but in ‘factories’, it may be understood why some people have an anti-livestock bias, and why cutting back on meat consumption is being advertised as good for human and environmental health as well as for animal welfare.

And in those same rich countries, where food production has become industrialized, it may be understood why the specific value of women as food producers is not a large public concern.

But why is it that in Africa (and Asia as well), where the centrality of both livestock and women in food production—in national as well as household economies, in food and nutritional security, and in the health and well-being of hundreds of millions of poor people—why is it that both livestock and women have been so badly neglected by governments?

Why didn’t African governments, ministries, organizations and services long ago put livestock and women at the forefront of their agendas? Why isn’t Africa an acknowledged world leader in valuing family livestock farming and women’s work on those farms, and all along the food value chains?

Responses from the panel members

Senior programs and projects officer at the Africa Union-Inter-African Bureau for Animal Resources
‘The importance of mainstreaming gender is not unique to livestock. This has to be achieved in many sectors. And for a long time it has not been done. It’s only been in the last few years that governments in Africa have realized the importance of women and youth not only in livestock but in all sectors. As to why it has been like that? I think one reason are cultural practices. We come from historical backgrounds. The conditions that existed then and the conditions that exist now have changed greatly. Women are more enlightened now. Women are more involved in leadership. We are not yet at the level that we should be but most countries in Africa are taking steps to get there.’ 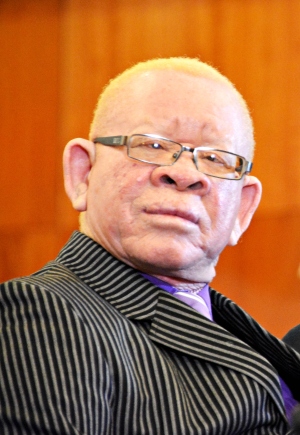 Deputy minister, ministry of fisheries and marine resources, Namibia
‘Women are involved in livestock rearing and ownership in Namibia, maybe not in the commercial sector. Culturally, there are communities in Namibia where women have been part and parcel of livestock rearing and ownership. This is particularly true in specific communities where women inherit animals from one generation to the next. Women can own animals, including those animals passed on from one generation to another. They have developed into communal or commercial farmers. They can rear, produce and sell as much animals and animal products as the men.’

Ugandan pig farmer
‘A long time ago, women were not educated as girls in school. I am an example of this. If I hadn’t gone to school, I would know few of the things I know now about livestock. But because of my education, I understand many things about livestock. As to why it has taken all these years for governments to even think about livestock? I think it is because a long time ago, the culture valued having something to eat. Now, with the human population growing fast, we food producers are being pushed against the wall. We need to do a lot more with our livestock to feed so many more people. That’s why we have to wake up and work on livestock as well as gender issues. Yes, women a long time ago used to own or look after animals but they didn’t ‘own the money’ their animals generated. So we now have to deal with these two things: livestock and women.’

Senior policy and research advisor to the minister for livestock and fisheries, Ethiopia
‘In Ethiopia, livestock have been respected for thousands of years. Livestock here is a big source of income for millions of families. In some cases, families will take sick farm animals to veterinary clinics before they take their sick children to medical clinics—because the animals have to be given more priority. Why has the Ethiopian Government not given higher priority to the livestock sector before now? This regime is different—it is placing high priority on livestock, as the Ethiopian people have always done. This government has taken the step to create a ministry of livestock separate from the ministry of agriculture. The government is now being straightforward: We have both a ministry of livestock and a ministry of women.’ 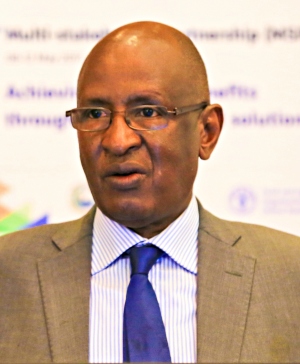 Food and Agriculture Organization of the United Nations representative to Ethiopia
‘About why we don’t have ministries of livestock, you will appreciate that the agricultural revolution came before the industrial revolution. And when the industrial exploitation came, we began to exploit our mineral resources. Diamonds, gold, oil. Agriculture was neglected, literally. And it has taken us this long to see the need to give food production priority. This is a wake-up call. Our dependence on the mineral sector is not sustainable. There will come a time when the oil and diamonds and gold mines will dry up. We need to exploit more renewable natural resources. Agriculture and livestock offer that opportunity. Yes, it’s true that many, many countries do not have ministries of livestock but rather only of agriculture, with livestock subsumed under that ministry.

‘In the post-independence Sahel, the main aim was to achieve food security. And when people spoke about food security, they meant cereal crops. They focused on how to increase the productivity of cereals. They focused on irrigation for cereal crops. In my country, Niger, there is a division between the pastoral zone and the cropping zone. Those concerned with pastoralists have tended to focus on livelihood issues. And those making policies have better understood (and come from) the crop production areas. Things are changing now. People from pastoral areas are now demanding their rights. And there is a demand for livestock ministries and a focus on livestock.’

To find out more about the Global Agenda’s May 2017 meeting in Addis
Visit the Global Agenda website, including this page linking to posters presenting case studies and models and tools produced and displayed by the participants as well as presentations made at the meeting, which includes reports back by the participants who went on seven learning field tours, made in the form of interesting short slideshows.

View photographs of the meeting
Here and here.