Bihar is gearing up for a ‘livestock master plan’ being prepared for it by the International Livestock Research Institute (ILRI).

‘It is almost ready and ILRI experts will present its draft to the government here on July 4. The master plan, which will be for a 15–year period, will emphasise on various steps to give a push to dairy, goat-rearing, poultry, piggery and other allied sectors with an aim to improving food security and reducing poverty through better and more sustainable use of livestock.

‘Officials of state’s animal and fisheries resources department (AFRD) have been in constant touch with ILRI via video-conferencing and other mediums over the past several months, providing inputs and other information required by leading international experts involved in the master plan. . . .

‘Work has been going on since December and experts have done a detailed analysis of various aspects of livestock, like training staff and integrated models that can be successfully implemented here. Our aim is to increase productivity.’
—Department Secretary N Vijayalakshmi

‘. . . The state government sent a three-member team of AFRD officials, including Vijayalakshmi, Bihar Livestock Development Agency project director Amitabh Singh and veterinary doctor Surendra Nath Mishra to an ILRI centre in Addis Ababa, Ethiopia, to see how they have prepared a livestock master plan for the African country and implemented it.

‘The team that was in Ethiopia from June 1 to 10 focused on finding out the best way to roll out the master plan and seems to have decided to do so in a public-private-partnership (PPP) mode. 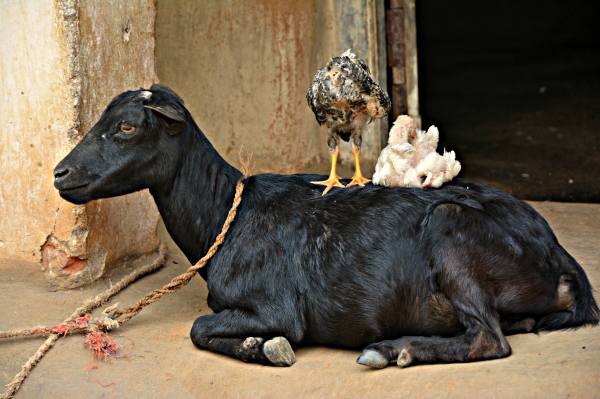 ‘Our state has the third largest goat population in the country. The breed here is largely Black Bengal. It is a meat-yielding breed, as against milk, and given proper attention, Bihar could easily become a top meat exporter.’
—Senior AFRD official