The Kiss, drawing by Pablo Picasso.

. . . [C]alls for us all to switch entirely to plant-based foods ignore one of the most powerful tools we have to mitigate these ills: grazing and browsing animals.

‘Rather than being seduced by exhortations to eat more products made from industrially grown soya, maize and grains, we should be encouraging sustainable forms of meat and dairy production based on traditional rotational systems, permanent pasture and conservation grazing. We should, at the very least, question the ethics of driving up demand for crops that require high inputs of fertiliser, fungicides, pesticides and herbicides, while demonising sustainable forms of livestock farming that can restore soils and biodiversity, and sequester carbon. . . .

‘Not only does [the] system of natural grazing aid the environment in terms of soil restoration, biodiversity, pollinating insects, water quality and flood mitigation—but it also it guarantees healthy lives for the animals, and they in turn produce meat that is healthy for us. In direct contrast to grain-fed and grain-finished meat from intensive systems, wholly pasture-fed meat is high in beta carotene, calcium, selenium, magnesium and potassium and vitamins E and B, and conjugated linoleic acid (CLA)—a powerful anti-carcinogen. It is also high in the long-chain omega-3 fatty acid DHA, which is vital for human brain development but extremely difficult for vegans to obtain. . . .

‘In the vegan equation, . . . the carbon cost of ploughing is rarely considered. Since the industrial revolution, according to a 2017 report in the science journal Nature, up to 70% of the carbon in our cultivated soils has been lost to the atmosphere. . . .

[U]nless you’re sourcing your vegan products specifically from organic, ‘no-dig’ systems, you are actively participating in the destruction of soil biota, promoting a system that deprives other species, including small mammals, birds and reptiles, of the conditions for life, and significantly contributing to climate change.

‘Our ecology evolved with large herbivores—with free-roaming herds of aurochs (the ancestral cow), tarpan (the original horse), elk, bear, bison, red deer, roe deer, wild boar and millions of beavers. They are species whose interactions with the environment sustain and promote life.’ 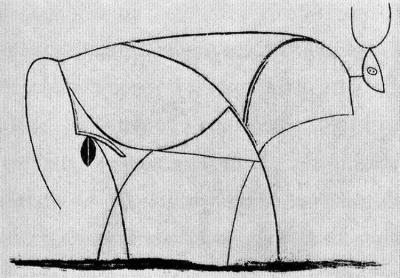 Using herbivores as part of the farming cycle can go a long way towards making agriculture sustainable. . . .

[If] your concerns as a vegan are the environment, animal welfare and your own health, then it’s no longer possible to pretend that these are all met simply by giving up meat and dairy.

Counterintuitive as it may seem, adding the occasional organic, pasture-fed steak to your diet could be the right way to square the circle.

Read the whole article by Isabella Tree—If you want to save the world, veganism isn’t the answer—in The Guardian, 25 Aug 2018.

One thought on “Squaring the meat vs veganism circle”