A monthly round-up of recent articles, blog postings and tweets about livestock, aid and other topics that may be of interest to International Livestock Research Institute (ILRI) staff and partners, compiled by David Aronson.

Several staff were featured in prominent media outlets this past month. Delia Grace’s work on food safety in Ethiopia and Burkina Faso was quoted in a long article in Scientific African Magazine. “Public demand, getting the public to understand how to recognise safe food practices and then having them put pressure on the sellers to provide that, is something we feel has good potential because of how it has worked in more developed countries,” she says.

A long, richly detailed article in The Scientist examines the prospect of creating a vaccine for African swine fever. It profiles the work of Lucilla Steinaa, an immunologist at ILRI. Steinaa and her team have been focusing on ASFV genotypes 9 and 10, the dominant genotypes circulating throughout East Africa. ‘Instead of looking at whole proteins, her team is monitoring T cell responses to specific peptides, to identify the precise amino acid sequences that elicit immune responses.’

ILRI animal scientist Michel Dione’s work combatting the peste des petits ruminants (PPR) or ovine rinderpest, was featured widely in the Malian press. Dione recently published an article in Frontiers of Veterinary Medicine outlining how to increase the vaccination coverage of goats and sheep in the Sahel. The Journal Scientifique et Technique ran an article here, as did the Bamako-based LaSeconde.

And kudos to the unnamed senior scientist at ILRI who found a way to politely disagree with the Goa state minister for science and technology,  in describing as improbable the minister’s claim that stray cattle brought to a cow shelter in Goa were not eating grass because they had turned non-vegetarian.

The FAO has published a new report that lays out how low-carbon livestock can help tackle climate change and boost food security. The report details five practical actions for reducing livestock’s GHG emissions, and calls on countries to invest in innovations that lower livestock greenhouse gas emissions and ensure future food security. “Livestock are often viewed as a ‘problem’ in the context of climate change, but low-carbon livestock can actually be an essential part of the global solution,” said FAO Assistant Director-General Bukar Tijani.

Another critique of the Eat-Lancet commission report on sustainable diets: A new study from Lancet Global Health finds the recommended diet exceeded household per capita income for at least 1·58 billion people. ILRI and others have previously criticized the Eat-Lancet commission report for failing to consider the perspective of the global south; this study will certainly add to those criticisms.

This study in Nature says it is possible to sustainably feed the world’s anticipated population of 10 billion people—but only just barely, if massive changes are made in spatially redistributed cropland, improved water–nutrient management, food waste reduction and dietary changes. This article, in Current Obesity Reports, considers the same issues of sustainability and equity from a different perspective: how to curb the growing rates of obesity worldwide.

Livestock news from the rich world

New laws make it almost impossible for public health officials in the United States to conduct inspections on farms for antibiotic resistant bacteria, making it difficult for them to stop infection outbreaks from spreading, according to this report from the show 60 Minutes.

Livestock breeders could soon be designing their own bespoke animals on the farm by using cutting-edge reproductive technologies which mobilize genome editing for the first time, according to a new study from the Roslin Institute. More on genome editing of livestock here.

Courts in Britain have recognized ‘ethical veganism’ as a philosophical belief protected by law, and having the same protected status as religion.

The American super retail chain Walmart is opening its own meatpacking plant in Arkansas, evidence of the continuing consolidation of the industry.

An American lawyer who in the 1990s put the E. coli bacteria on the agenda of policymakers—and played a key role in getting the U.S. Department of Agriculture to outlaw the most virulent strains of the pathogen—is  back at work. This time he is taking aim at salmonella, which over the past decade has become the most dangerous bacteria in meat.

Is climate change driving conflict in the Sahel? It’s fast becoming conventional wisdom, but the evidence for it is murky, as this Twitter thread on pastoral livelihood decisions shows. This article discusses the moral economy of pastoralists in northern Kenya. And here is an astonishing map, updated in real time, showing cattle populations and pasturage availability, in the Sahel.

More claims and counterclaims are emerging on the nutritional benefits and harms of eating red meat. This insider’s account from the Journal of the American Medical Association details the unprecedented blowback to the publication of several studies in the Annals of Internal Medicine last fall showing that the evidence linking red meat consumption with cardiovascular disease and cancer is too weak to recommend that adults eat less of it. The authors of those studies were accused of having undisclosed ties to industry; this article suggests that many of those making those accusations have their own numerous ties to industry. It’s all gotten terribly ad hominem and very discouraging. More here from the Guardian about how advocates of red meat are ‘fighting back’ against vegetarianism. That framing is in keeping with the Guardian’s de facto editorial position on the issues.

Meanwhile, Chris Elliott and coauthors have an article in the Conversation on how veganism is contributing to malnutrition in the developed world. ‘Eating a plant-based diet may lower the risk of chronic disease and is good for the environment, but poorly planned vegan diets that do not replace the critical nutrients found in meat, can lead to serious micronutrient deficiencies’.

Impossible Foods, the firm behind the Impossible Burger, has unveiled its own line of alternative plant-based pork, the most widely consumed meat in the world. This NYTimes piece considers whether the company will succeed in breaking into the Chinese market. Aside from the complex regulatory issues, there is a more existential question, says the Times: Will the Chinese public buy plant-based meat? 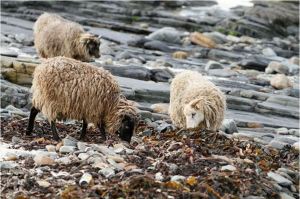 Sheep eating seaweed on North Ronaldsay, one of the most remote of the Orkney islands of  Scotland.

One of the primary ways alt-meat companies market themselves is as a solution posed to the problem caused by the GHG emissions of cattle and small ruminants. But what if there was a simpler, more expedient solution, one that didn’t require such revolutionary leaps in national economies and personal diets? Adding a small amount of seaweed to animals’ feed has been shown to sharply reduce their GHG emissions; what’s more, it reduces their need for soya, a crop that can contribute to deforestation.

As alternatives to animal source foods become more common, at least in rich world grocery stores, they are also becoming more closely scrutinized. This article on the ‘evils’ of almond milk is an example of the emerging backlash.

This startling study says that enteric methane emissions from bison, elk, and deer in North America’s pre-settlement period were about 86% of the current CH4 emissions from farmed ruminants in the United States.

A radio story from NPR on how storytelling can convey scientific information and shift stereotypes about who scientists are. Transcript here but well worth the 12-minute listen. 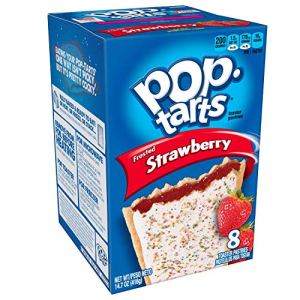 Is this the world’s most disgusting food?

The Economist has a characteristically entertaining write-up of their visit to the Disgusting Foods museum in Malmö, Sweden, which hands out sick bags in lieu of tickets and features a blackboard indicating how many days it has been since the last upchuck. What we find disgusting is often culturally determined: East Asians are repelled by strong French cheeses, Europeans in turn hate san-nakji, a Korean delicacy of live octopus, and most of the world curls its lips at the American breakfast treat Poptarts.

Your word of the day: BUTTONS, an 18th century nickname for sheep poop. ‘To make buttons’ once meant ‘to be absolutely terrified’. From the word people at @haggardhawks.