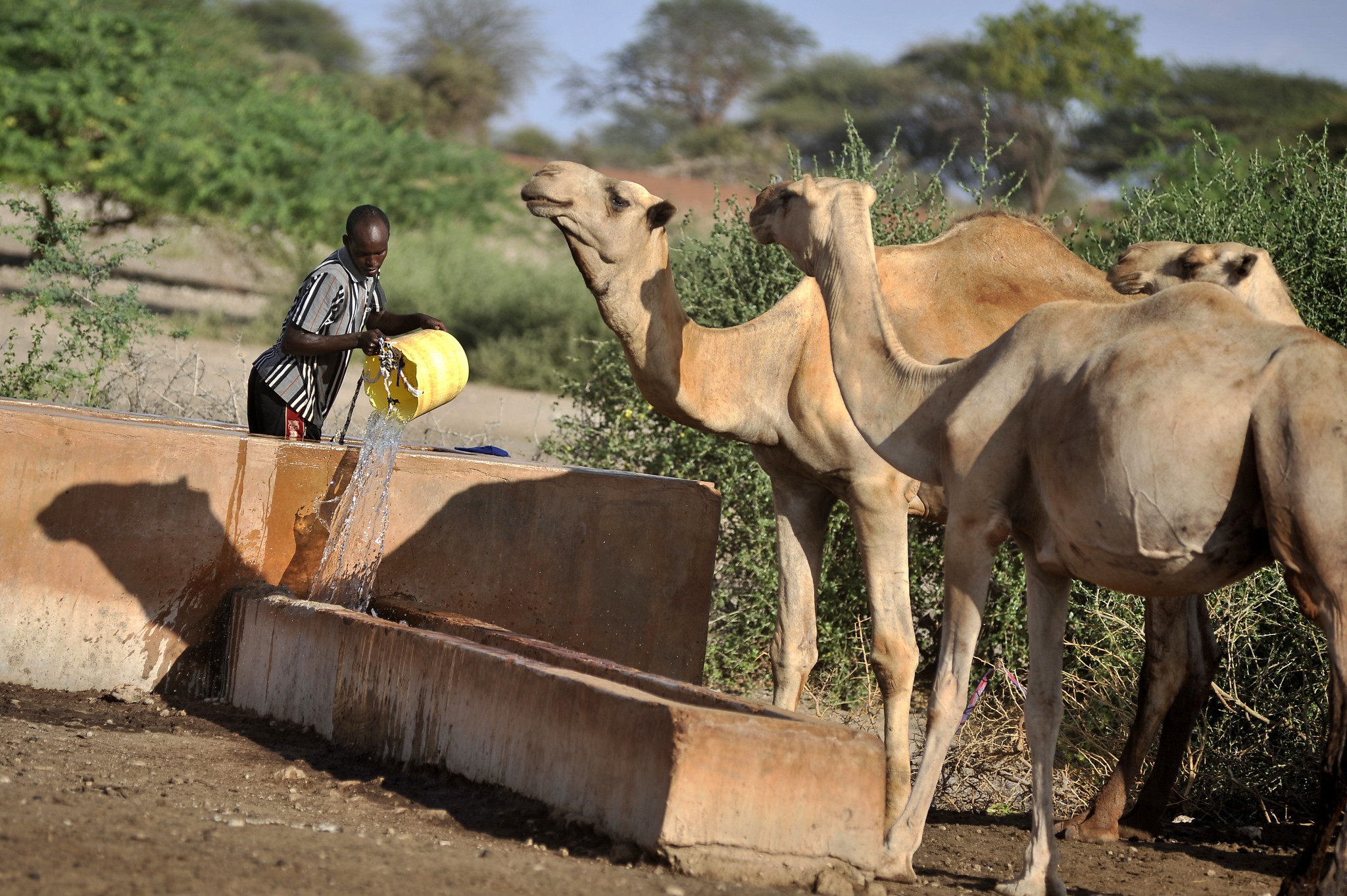 Infectious animal-borne disease threats such as Ebola and the Middle East Respiratory Syndrome coronavirus (MERS-CoV) are here to stay, and further painful outbreaks are likely to flare up or new disease threats will definitely emerge in the near future, said Juan Lubroth, FAO’s chief veterinarian, querying whether the world is prepared to detect them and prevent their spread.

To better assess and manage future outbreaks of infectious animal-borne disease threats such as Ebola and the Middle East Respiratory Syndrome coronavirus, ‘policy makers must foster an integrated research program mapping out both what is and what is not known about the transmission dynamics and spillover patterns of the two recent epidemics, as well as promoting collaboration and stronger surveillance and diagnostic networks, according to FAO [the Food and Agriculture Organization of the United Nations], which with USAID [the United States Agency for International Development] as funding partner and sponsor, hosted researchers and policy makers from around the world to technical meetings on Ebola and MERS in Rome this month.

Joerg Jores, a molecular biologist at the Nairobi animal health laboratories of the International Livestock Research Institute (ILRI) who is working to develop diagnostic assays and vaccines against livestock diseases caused by Mycoplasma mycoides is also investigating the epidemiology of MERS-CoV in camel populations in Kenya and participated in the recent FAO-hosted discussions.

‘Research is key to understanding and mitigating the risk of emerging infectious diseases in animals and humans, said Andrew Clements, Senior Technical Advisor with the United States Agency for International Development’s Global Health Bureau. “A key part of understanding risk is coordinating the use of animal and human diagnostics and surveillance and understanding how animal value chains may contribute to disease spillover from animals to people,” he said.

At the same time, country capacities need to be strengthened to prevent, detect, and respond to infectious disease threats. FAO and USAID have successfully worked together over the past 10 years to conduct these kinds of activities,” Clements added, pointing to the response to H5N1 avian influenza in Asia.

‘FAO’s animal health service is promoting concerted effort to identifying exactly which animals serve as reservoirs or intermediate hosts of a virus, its geographic distribution, human and animal behaviors that favour transmission, as well as the mechanisms of viral transmission, ecological and social factors that support or mitigate outbreaks. . . .

Ebola virus
‘The 2014-15 outbreak of Ebola virus (EBOV) in West Africa claimed more than 11,000 human lives and infected more than twice as many, according to WHO. While the increase in Ebola outbreaks since 1994 is widely understood to be related to increased contact between people and infected wild animals in the wake of encroachment into forested parts of Africa, the question remains whether the virus ecology has changed in the context of urbanization and land-use policies. . . .

MERS-CoV
‘Middle East Respiratory Syndrome coronavirus (MERS-CoV), an emerging global public health threat that causes severe viral pneumonia in humans, was first detected in Saudi Arabia in 2012. More than 500 people have since died from the disease and almost three times as many human cases have been confirmed, most recently in an Omani citizen visiting Thailand.

‘Several studies have indicated that dromedary camels or their products are the main spillover path for human infections, although—as with EBOV—bats cannot be excluded as a possible reservoir.

‘MERS-CoV mainly affected people in Saudi Arabia, but also in nearby Qatar, Jordan, Oman and Yemen. Cases were also reported among people in Europe, Asia and North America who had travelled to the Near East region. Concern is large due to the potential link to camels, whose largest populations are found in Somalia, Sudan, Kenya and Niger and are very important domestic species to people’s livelihoods, culture and way of life.

However, the meeting participants urged for more attention to be given to the camel sector including enhanced health care and trade regulations.

The FAO meeting resolved to pursue comparative studies of Africa and the Middle East to understand why there have been no reported human cases of MERS in Africa despite the presence of camels that test positive for the virus.

‘Building on past declarations, it was also agreed to promote more active field surveillance to better grasp transmission patterns, the duration of immunity, host range and the different ways camels are raised and involved in trade and value chains. It was also decided to develop more serological tests, set up biobanks to hold multiple sample types, engage in experimental infections with various strains to determine phenotypes, and to develop molecular tools.’

As a follow-up of the meeting, FAO and the World Organisation for Animal Health (OIE) will explore setting up a MERS scientific and technical network.

Read the full news article on the FAO website: FAO pushes for a road map to control and contain zoonotic diseases, 28 Jan 2016.