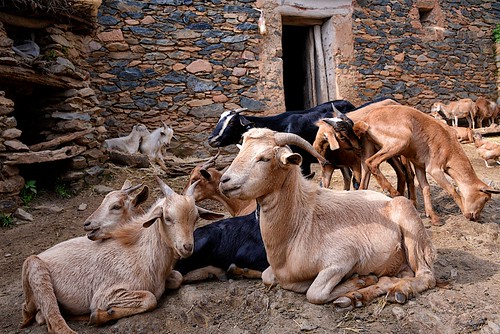 ‘“The animals die first” is a common refrain from many Ethiopians living in Tigray and Afar, two northern states, as the country experiences its worst drought in decades. Crop production in these regions has dropped by 50% or more in some areas, and failed completely in others.

Hundreds of thousands of domestic animals are reckoned to have perished.

‘The rapidly changing skylines of Ethiopia’s modernising cities notwithstanding, about 80% of its population still live off the land. Yet despite the drought there are not yet scenes reminiscent of the famine of 1983–84 when as many as 1m people died. . . .

‘Estimates of the number of people affected by drought doubled between June and October in 2015 to 8.2m, and are now pushing beyond 10m (of a population of about 100m). . . .

‘Ethiopia may also be up against donor fatigue. The estimated $1.4 billion needed to combat the drought’s impact remains less than half funded. Further concerns stem from the possibility that El Niño will also affect Ethiopia’s next rainy season. The UN reckons such a situation could result in more than 15m Ethiopians suffering food shortages, acute malnutrition or worse by mid-2016.’

Read the whole article at the Economist: On the edge of disaster, 27 Feb 2016.

One thought on “The animals die first—Ethiopian drought”